Usage and combinations: its use is at 360 ° in the kitchen, it is recommended with tomato and ricotta, with anchovies and caramelized cherry tomatoes, with cuttlefish sauce, or fish. 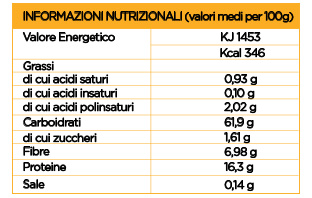 ITA -In the first decades of the 1900s, Rieti was the home of world grain farming thanks to the work of the great scientist Nazareno Strampelli. It is precisely in this area that he started his genetic research, which led him to create grains destined to obtain important results in every agricultural area of ​​Italy and most of the world. Among the many varieties of Strampelli grains, the longest-lived one is certainly the “Senatore Cappelli”, a durum wheat selected to withstand the arid climates of the south and also tested for a long time in Sabina. More than a century after its creation, this hard cultivar is still used for pasta making and bread making, with not a few appreciation even in haute cuisine. In this case the “Senatore Cappelli” pasta was produced in purity and with grains grown in Sabina. News from “Strampelli: the green revolution by Roberto Lorenzetti. Rieti, 2012 ".

ENG -In the first decades of the '900 century, Rieti has been the worldwide known birthplace of the wheat, thanks to the job of the great scientist Nazareno Strampelli. He started his genetic searches in this area and they led him to create different types of wheat destinated to achieve important results in every agrarian zone of Italy and in some parts of the world. Among the so many variety of Strampelli's wheat, the eldest one is surely the “Senatore Cappelli”, a particular wheat chosen for its resistance in the arid climates of the south of Italy and also experimented for a long time in Sabina. For over a century from its creation, this hard plantation and cultivation is still used for the pasta and bread manufacturing, with many appreciations also in the food services. In this case the pasta “Senatore Cappelli” has been produced in purity and with cultivated wheats in Sabina. News from: “Strampelli: Roberto Lorenzetti's green revolution”. Rieti, 2012.

There are no reviews yet.

Only logged in customers who have purchased this product may leave a review. 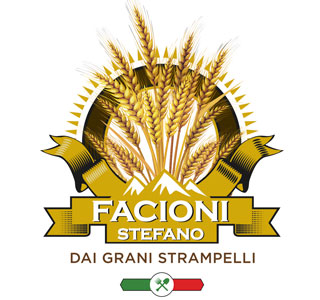 Enter your Email to stay up to date on our offers and new products!

You will immediately receive a 10% discount code for your first purchase.

In promotion while stocks last Spaghetti and Casarecce a 2,60€ instead of 3.50 €!